Jas Bhachu, Assistant Quantity Surveyor and member of our Diversity & Inclusion Working Group, explains the importance of Diwali, it’s history and how she’ll be celebrating this festival herself.

Diwali is a five day festival of light. The dates of the festival vary depending on the Hindu calendar. Diwali is a celebration by Hindus, Sikhs and Buddhists, the festival will generally take place in autumn.

Diwali is a symbolic spiritual festival which signifies the victory of light over darkness, good over evil and knowledge over ignorance.

Each faith has its own reason for celebrating Diwali, one of the most popular stories told is that of Lord Rama and his wife Sita returning to their kingdom in Northern India after nearly twenty years in exile.

The story of Rama and Sita began in Northern India where Lord Rama was a prince who married a beautiful princess known as Sita. Rama’s father wanted him to become the king however his mother did not agree with this as Rama’s mother wanted his brother, Bharat to have the honour of becoming king.

Due to this Rama and Sita were told that they had to leave the kingdom for fourteen years, another of Rama’s brothers Lakshman accompanied them, all of them were told to live in the forest. Time passed by and Rama’s father passed away to which Rama’s brother Bharat headed into the forest to find Rama. Eventually Bharat found Rama and Sita and invited them to return as King and Queen, however, Rama being true to his word insisted they stay as they agreed to stay four fourteen years.

Rama and Sita stayed in the forest and one day an evil demon named Ravana captured Sita and carried her off to an island. On this island, Ravana imprisoned Sita in his palace.

Both Rama and his brother Lakshman frantically searched for Sita, it is was then they came across a bird who told that Sita was being held captive by the evil demon Ravana. Rama immediately went to rescue his wife Sita, and with the help of the Monkey General Hanuman, they went to rescue Sita.

A vicious and lengthy battle ensued, and Rama eventually killed the evil demon Ravana with a golden arrow and rescued Sita. Rama and Sita were reunited. It had been well over fourteen years now, so Rama decided that it was time for them to head back to their kingdom in Northern India. They set off on the long journey back, towards the end of the journey the path home became very dark as there was no moonlight. People aided Rama and Sita by lighting candles outside their homes to light the way for them. These lamps were known as Divas.

This is how the festival of Diwali came about as people still celebrate it by lighting candles and Divas at their homes.

How will you be celebrating this festival?

I myself am a Sikh and will be celebrating Diwali by visiting my local Gurdwara. It is here I will light various candles and recite prayers. These celebrations will then continue at home with further lighting of candles, preparations of Indian delicacies such as Barfi. Tine will be taken to visit friends and family. To mark the end of the night fireworks will be lit at home. 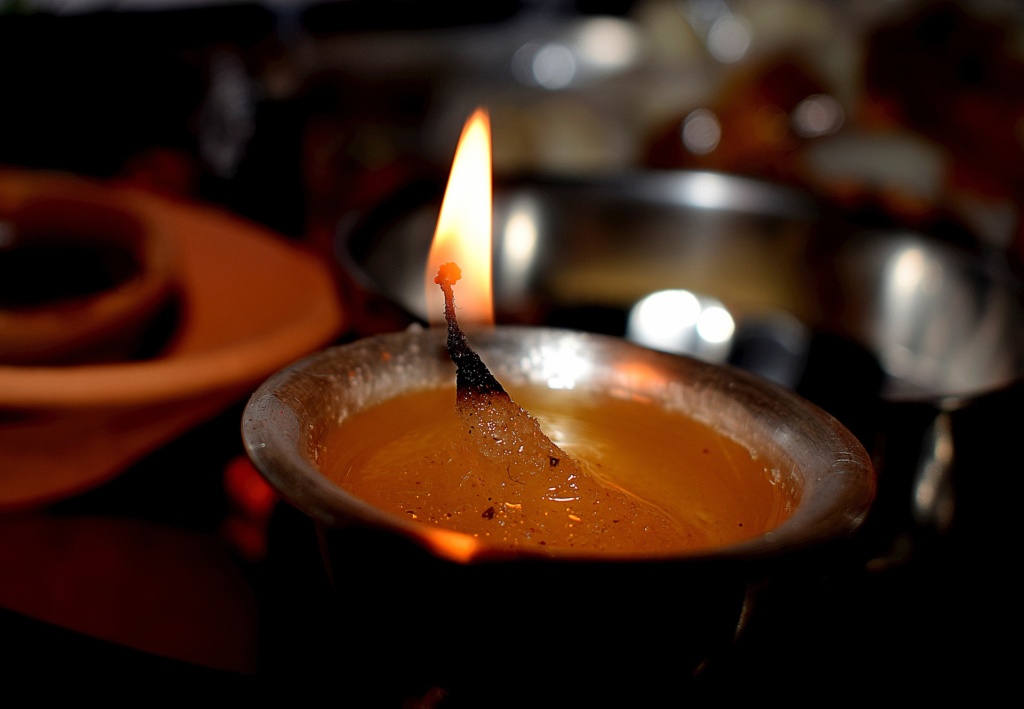