Finding the Next Generation of Talent in the Construction Industry 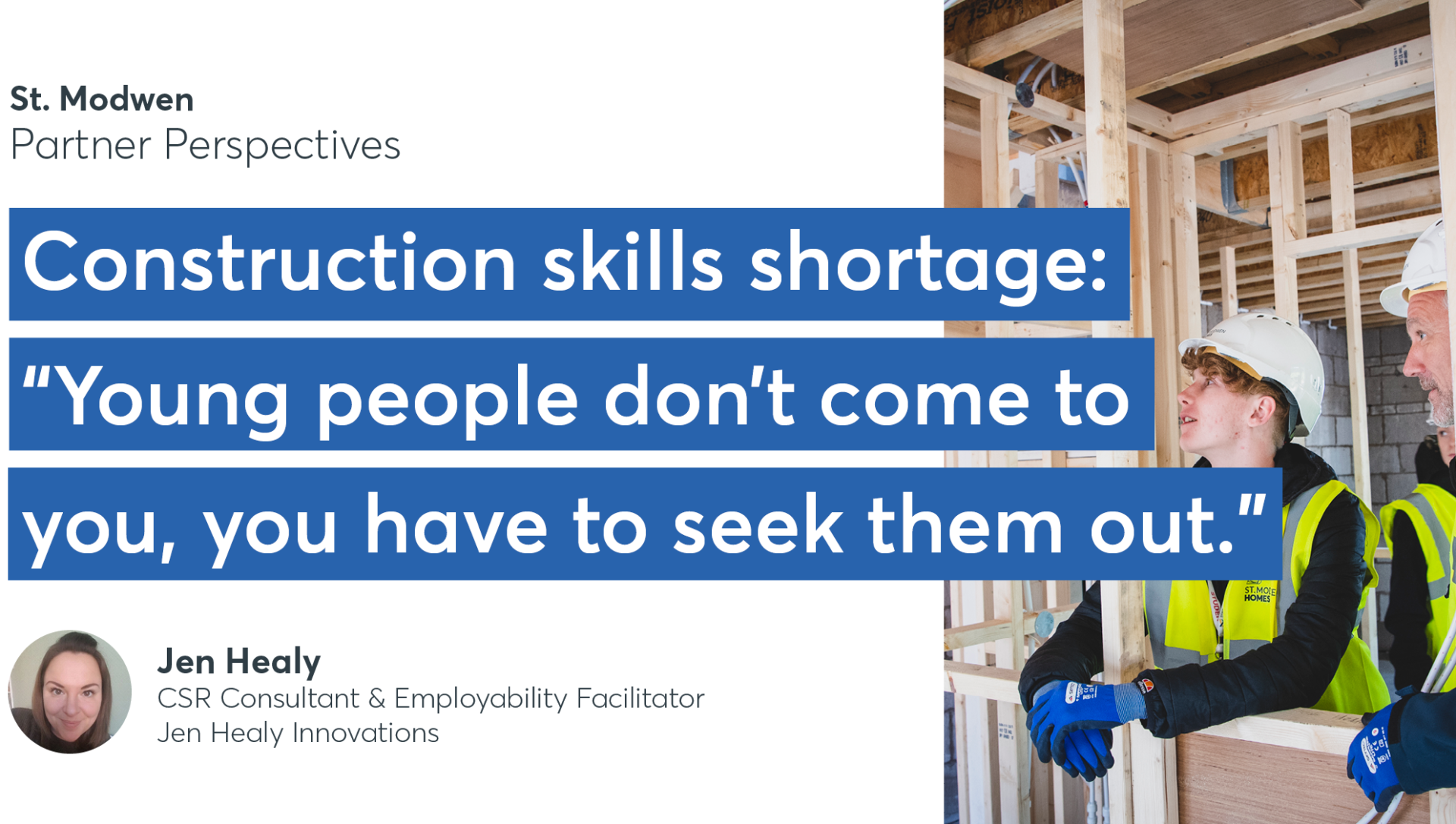 Construction is facing a considerable skills shortage, as not enough new talent is emerging to compensate for the number of people who are ageing out of the industry. In our third partner perspective piece, CSR consultant and employability facilitator Jen Healy explains the challenges employers need to grapple with in order to attract the next generation of construction professionals.

There are a number of reasons why young people aren’t drawn to construction as a potential career path. For one, there is a lot of uncertainty around what specific opportunities exist in this sector, and this lack of clarity means it’s harder for newcomers to see life in the industry as aspirational.

“I think companies are starting to understand that they need to communicate in a slightly different way to appeal to the people who will eventually be leading the way within the industry,” says Healy. “When people think of construction, they think of the tradespeople on site, but not the complexity of the technology and skills involved. The view of construction is very much: you’re a carpenter, or a bricklayer, and you’re not necessarily looking into the complexities of those roles. It’s maybe a simplistic view of what a job in construction entails.”

“I think companies are starting to understand that they need to communicate in a slightly different way to appeal to the people who will eventually be leading the way within the industry.”

And even if a young person is interested in learning more about a career in construction, they have to contend with the longstanding perception of this industry as a predominantly white, male-dominated space. Put simply: the construction industry has an image problem.

Overcoming that means reaching out to as wide a potential talent pool as possible, and engaging interest from people who might previously never have imagined that there was a place in this industry for them, from the BAME community, to mums re-entering the workforce, to students with English as a second language, to ex-offenders. Healy believes it’s vitally important for developers to integrate ideas and perspectives from as many demographics as possible, because these are the people who will be using these properties one day.

“They say you have to see it to be it,” she says. “You need someone you can relate to, so you can say ‘if you’ve done that, so can I.’ It’s not just a box-ticking exercise, it’s about authenticity, and taking almost a mentoring approach, saying to a young person ‘I can see you doing my job.’”

It’s important to relay these opportunities in a way that is accessible. In order to do that, you must first identify what barriers a young person might be encountering. “You don’t know what a young person’s barriers are towards a certain career until you ask them,” explains Healy, citing the example of how St. Modwen were able to ensure that low-income students made it to their site visits by providing bus fare — a barrier which, under different circumstances, may have stymied those students’ ability to pursue their qualification.

“Put simply: the construction industry has an image problem.”

The next step is making sites more accessible to anybody who is curious about the process of a build. “It’s all about the housebuilders, and those within the industry, be that developers or anyone who contributes to that development, making themselves present to young people, saying ‘we’re doing this in your community, and we want you to be involved,’” she says. “It’s not just about the health and safety requirements of opening up a site, it’s having a team and staff there who are equipped to answer those questions.”

Healy points to the Go Construct ambassador program as one of the ways employers are training their staff in delivering presentations to this audience. “Not everyone thinks that what they do is interesting, but to a young person who knows nothing of the industry, it’s fascinating, especially if the presentation has been tailored to them.”

“Young people don’t come to you, you have to seek them out.”

As more employers step up their efforts to inspire this young talent pool, Healy believes mutual communication between both parties will be necessary — but you need to be able to meet them where they are, and answer their questions as quickly as they are accustomed to. Working with councils and local enterprise partnerships (LEPs) can help to ensure that no opportunity to interact is missed.

“Young people don’t come to you, you have to seek them out,” she says. “There are so many careers, it’s almost overwhelming to them, so the clearer we can make the content of each opportunity within any industry, it makes the decision a lot less complex… It’s not about schools and universities coming to the developer and saying ‘we need your help’, it’s for the developer to say ‘we’re here, and we’d like to include you in this process.’”